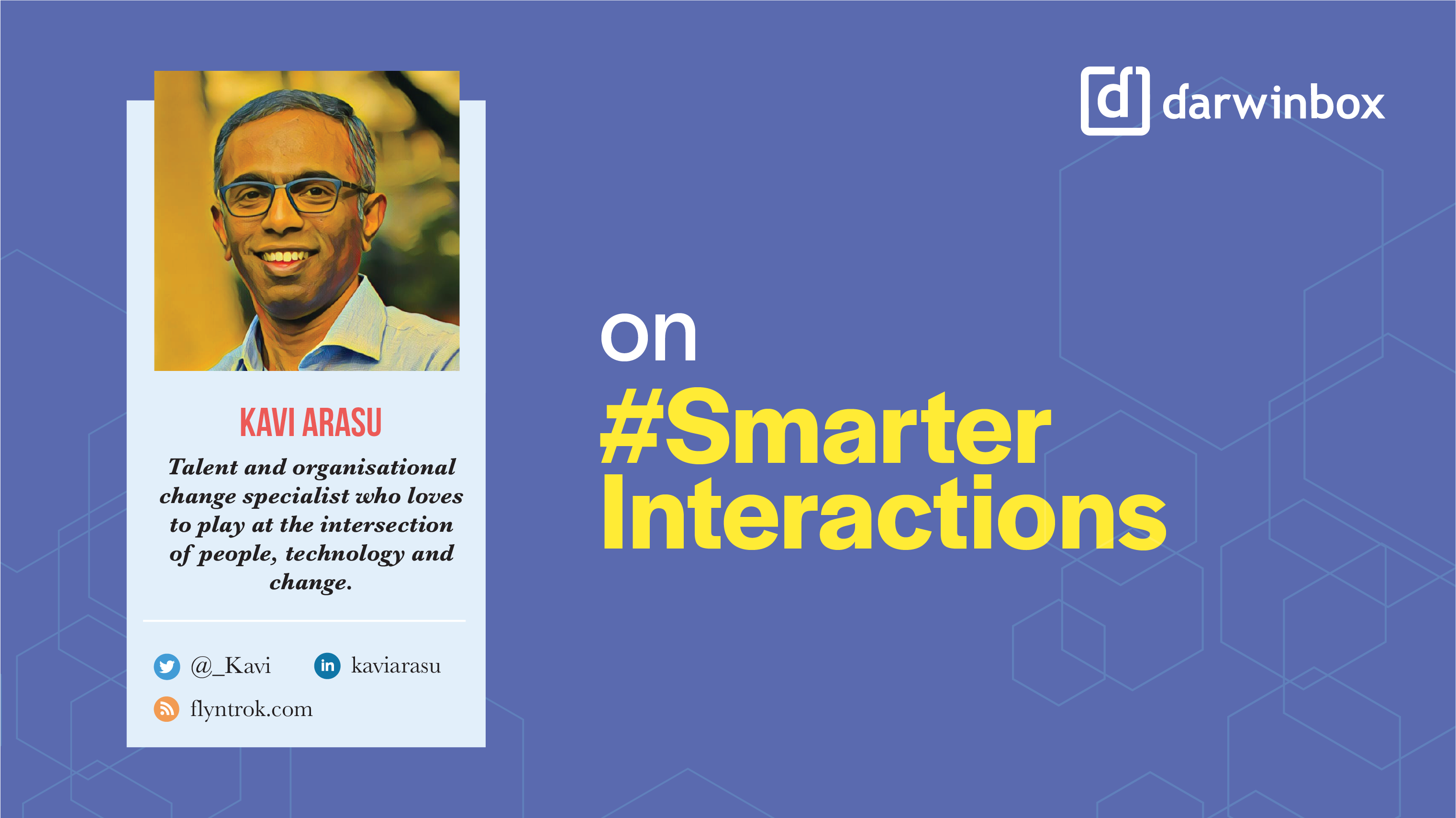 Dag Kittalus, a Co-founder at Siri, the digital voice assistant that Apple acquired for $200 million almost a decade ago, has a story to tell. The word ‘Siri’, according to him, is a 'woman who leads you to success”, in Norwegian. In fact, he and his wife had decided that they would name their daughter, Siri. He even went ahead and registered Siri.com. And then, they had a son!

Perhaps unfazed, he went ahead and gave the name to the Digital voice assistant that he co-founded. Apple bought Siri out and integrated this voice-based digital assistant to the iPhone -4 and the rest is history. ‘History’ is to be read as the arrival of Alexa, Google Voice Assistants and a new way of interacting and working with technology: Voice.

In a recent article by the Harvard Business Review, titled "Why are tech giants desperate to provide you a voice assistant?", Bret Kinsella has an interesting take. He speaks of three platform and UI shifts in the last three decades that have ushered in significant changes. Bends in the long road of technology adoption, if you will.

The first was when we started 'clicking' on weblinks with a mouse which provided us access and answers. The second was the introduction of the smartphone and we started to touch, swipe and pinch our way ahead. The third is voice, where people are speaking ‘to’ technology! 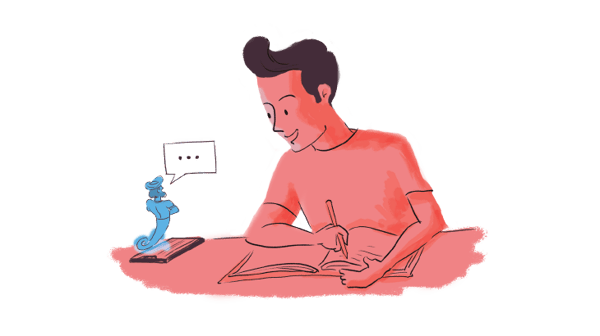 Voice is a paradigm shift:

The shift to voice is a different shift. After two decades of a physical device being a key to interact with technology, the voice keeps technology at the background. You don’t have to touch Alexa or Google Home or the Apple Home Pod. It is at (dis)comforting distance away. In more than one way, it is like the good old times and conversing with someone beside you. Only what’s beside you is technology and not a Person!

One more element that aids the arrival and adoption of voice is the broader shifts taking place in 'search'. Search is becoming personal. Almost like asking for advice. Sara Kleinberg, Head of Ads Research and Insights at Google, says that conversational searches have gone up by 65% - 85%.

Mobile searches for “do I need” have grown over 65%. For example, “how much do I need to retire,” “what size generator do I need,” and “how much paint do I need.”

Mobile searches starting with “can I” have grown over 85%. For example, “can I use PayPal on Amazon,” “can I buy stamps at Walmart,” and “can I buy a seat for my dog on an airplane.”

The top three keywords are voice search are “how”, “what” and “best”! The domains that voice-based technology serves goes right from shopping, email & calendar management, to searches.

When search tends to be more personal, voice as a natural interface gains decibels.

The real deal with voice:

The real deal with voice is that people engage with it in a different way. People engage with the technology saying “please”, “thank you” and “sorry” and thus give it a human presence. Stanford researchers found human beings susceptible to flattery from their voice-enabled devices! 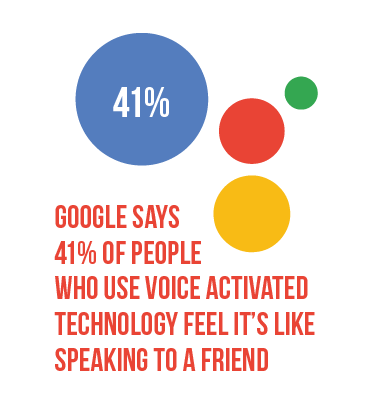 And there is more. 72% of people who own a voice-activated speaker use it as part of their daily routine. These are clear pointers to a deep shift that is already here. Voice-based technology is coming of age.

Andrew Ng, when he was chief scientist at Baidu, the Chinese Internet giant, predicted that Voice will dominate search. A magic number of 50% by 2020 was much-touted. We may not be there yet. But voice is definitely getting integrated into our lives more.
Mary Meeker, the tech analyst whose report on the state of technology often offers important and interesting pointers, on voice this year. By all accounts, it is growing, if you just take into account the growth in Amazon Echo’s installed base and Amazon Echo Skills.

Voice-based technology is coming of age:

There are a number of reasons why voice as an interface is hot and happening. Here are the top two.

1. The availability of voice as an interface is growing. The best of applications, platforms, and devices now come with voice interface as a way of doing things. with more platforms, apps. As people become more comfortable with it, there are more opportunities available for them to get things done with voice.

As more and more consumers adapt to voice, it slowly is becoming a primary way of working with technology. I recall a time, a few years ago. I was interviewing a gentleman from a top tier B-school campus a few years ago. When asked if he had any questions, all his questions were around what technology was used to transact in the organisation that I worked in. His logic, “I don’t want to dumb down to work for you”. Those words have stayed with me. It’s not yet there, but voice-based interfaces are clearly coming to the enterprise in a big way. Amazon announced Alexa for business a couple of years ago. Employees could ask Alexa to schedule business meetings, coordinate conference rooms and a bunch of other things as well. A company that I work with is contemplating Alexa in their key production area.

The decision to go with technology is relatively easy compared to helping the organisation adopt to it and take to it well. In my work, I often find success comes to organisations that are willing to rethink their work to make the best use of technology. Voice will be no different. With a little bit of imagination and willingness to endure some discomfort in the short term, much progress can be made. Speaking of imagination, Google’s voice assistant helps teach kids
some manners. A feature called “Pretty Please” when enabled will ensure that it doesn’t won’t work with kids unless they say please and thank you! Cute. Isn’t it? There am sure could be such adaptations to it on the work front as well.

Dag Kittalus, the man who founded Siri, had Cancer in 2016. The same rare form that Steve Jobs had. Thankfully, there was a chance early detection and was quickly operated upon. In his journey through the operation there was a nurse who helped. Her real name was Siri! ‘Siri’ the "woman who leads to victory" has stayed by Dag Kittalus in every turn of his life. That may well be a moniker for voice-enabled technology that Siri ushered in for us. A voice-enabled next life that says with us at all times.